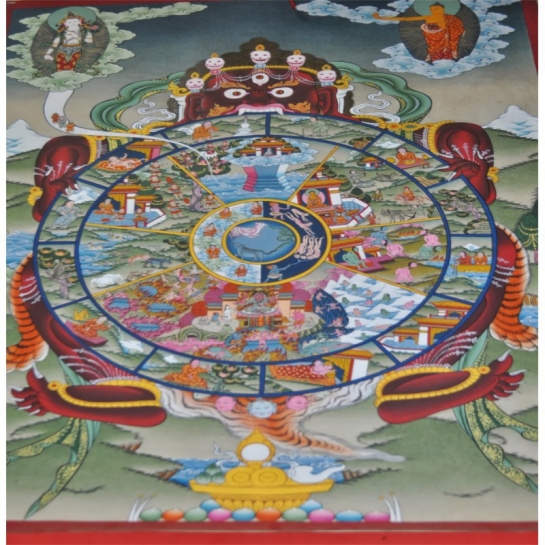 The wheel of deluded existence or commonly known as the wheel of life is a classical image from the Tibetan Buddhist tradition. It depicts the realm of existence associated with the unenlightened being.

The Wheel of Life or “Bhavacakra” is well known by Buddhist monks as a powerful meditation tool and also by students to learn and understand the teachings of the Buddha. The Wheel represents the very reasons for the suffering of our mortal form, through both horrific and sublime imagery and it can be seen painted on the walls of many Buddhist monasteries in Bhutan.

Essentially it is a metaphysical diagram made up of four concentric circles, held with a firm grip by Yama, the Lord of Death.

Above the wheel the sky with clouds or stars is symbol of freedom from cyclic existence or Samsara, and the Buddha pointing at it indicates that liberation is possible.

In the center of the wheel there are three animals symbols of the “Three Poisons”: ignorance (the pig), attachment (the bird) and anger (the snake).

Next to the central circle is the second layer divided in two-half circles, one light colored while the other is usually dark.

These images represent the wheel of Karma, the law of cause and effect.

Beyond this layer is a wider area divided into six parts, each depicting a different realm of Samsara.

These six realms constitute all possible states of existence in the universe and all beings cycle between these states.

They can be divided into higher realms and lower realms.

The three higher realms are:

The human realm is the world of everyday experience.

Human life, containing both pleasure and pain, makes us aware of both these aspects of life. Buddhism teaches that such harmonious balance give us the opportunity to pursue spiritual realization, this is the reason why human world is considered to be the most suitable realm for practicing the dharma.

The titans that live in this realm, not content with what they possess, spend their time fighting among themselves or making war to the gods.

These semi-gods do not suffer from desire or greed but from constant fighting and jealousy.

These gods are pictured like beings not so far from the human dimension in fact they share similar sensuous experiences.

The gods enjoy lives full of abundance and pleasure however they spend their existence pursuing meaningless distractions and never think to practice the dharma. This way they deplete their good Karma and they will suffer through being reborn in the lower realms.

The three lower realms are:

The hell is typically represented as a places of intense torment where beings endure unimaginable suffering. The victims are subjected to the most terrible tortures inflicted by demons.

In the Buddhist tradition there are eighteen “hells” that can be hot or cold.

This realm is inhabited by pathetic creatures with suffering from extreme and perpetual hunger and thirst.

They wander constantly in search of food and drink, however even if they get what they want it will cause them intense agony.

In this realm life is based on self-preservation. Animals live in constant fear and suffer from being attacked and eaten by other animals. Metaphor of refusal to see beyond the physical needs.

Depicted inside each realm, in some wheel of life representations, there is a Buddha or bodhisattva trying to help the beings living in that realm to find their way to nirvana.

The outermost concentric ring of the Wheel of Life present the process of cause and effect in detail.

The circle is divided into twelve parts, each depicting a phase of the law of Karma which keeps us trapped in the six realms of cyclic existence.

Be the first to write your review! 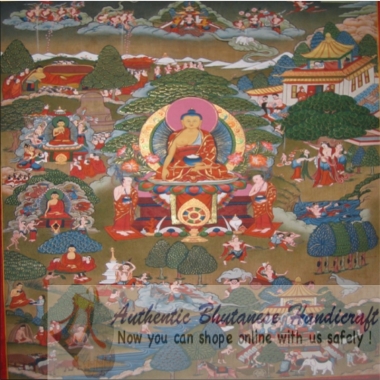 0 Review(s)
$1,400.00
There are very many great deeds of the Buddha recorded but these can be summarised into the twelve most important, most famous deeds. For more detail on 12 deeds, please refer to product description under the product. Weight: 1.0 kg for small, 1.5kg for M & 2kg for L.
In stock
Add to cart 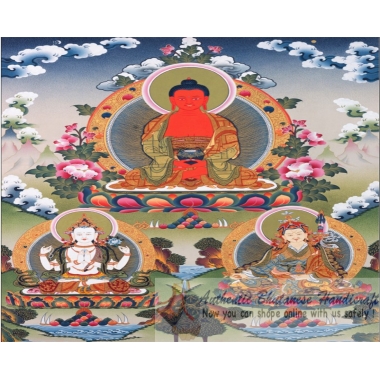 0 Review(s)
$900.00
He sits on a lotus in a center of Mandala holding the vase of immortal life. In Tantric Buddhism, Amitayus is the focal point of spiritual practices that conceive of the body as the vessel of enlightenment. The intricately conjured palace that surrounds his luminous form expresses the realization of body and mind as the temple of liberation.  Weight: 1.0...
In stock
Add to cart 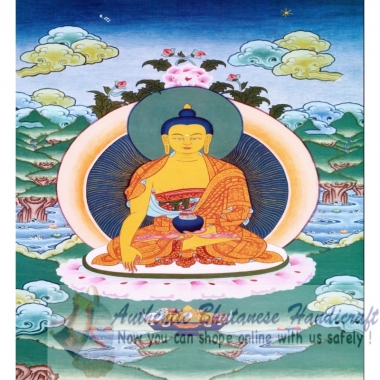 0 Review(s)
$950.00
He was a prince born but he renounced all his attachment to the earthly things and later on he left everything behind and went in search of truth. After struggling to seek truth for quite a long time, he came to realize that the true happiness lies within. His self realization led to his enlightenment.  Weight: 1kg for small, 1.5 kg for  M & 2kg for L
In stock
Add to cart 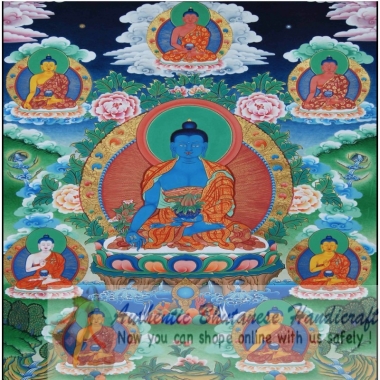 0 Review(s)
$1,400.00
The Medicine Buddha or the great healer is the master of remedies. According to the Tibetan tradition, the Buddha emanated as Bhaishajyaguru, thousands of years ago. The Medicine Buddha represents an extremely powerful form of enlightened energy.
In stock
Add to cart 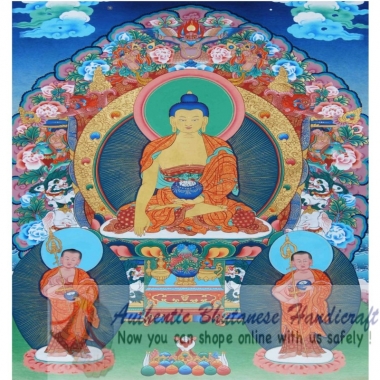 0 Review(s)
$960.00 Was: $1,200.00 Up To 20% off
The Buddha is with two of his principle disciples called Arhat Śāriputra and Arhat Moggallāna. They became followers of the Buddha.
Reduced price!
In stock
Add to cart 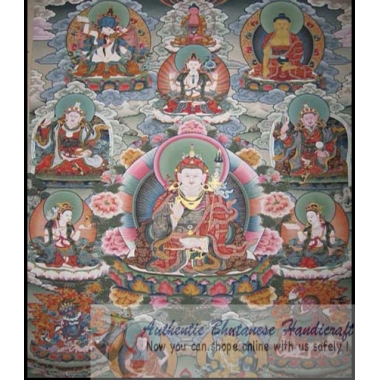 0 Review(s)
$1,350.00
He is the embodiment of active wisdom and compassion. He is also known as Guru Rinpochoe and he is the renowned tantric master of India. He came to Bhutan in the eight century and was invited by King Sindhu Raja of Bumthang to subdue a demon called Tshelging Karpo who harmed the people of Bumthang.
In Stock
Add to cart 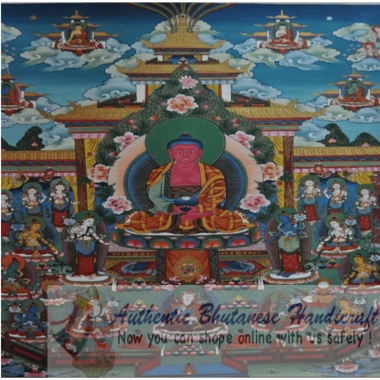 The Buddha of Boundless Life

0 Review(s)
$900.00
He sits on a lotus in a center of Mandala holding the vase of immortal life. In Tantric Buddhism, Amitayus is the focal point of spiritual practices that conceive of the body as the vessel of enlightenment. The intricately conjured palace that surrounds his luminous form expresses the realization of body and mind as the temple of liberation.
In stock
Add to cart